When a paragliding trip over the picturesque mountains of Switzerland results in the brutal murder of the former head of Israeli intelligence, Mossad brings in terrorist hunters Aaron and Shoshana to investigate. But they'll need help to find out who was behind the attack and what they're planning next. Luckily, Aaron and Shoshana know exactly who to call.

Taskforce operators Pike Logan and Jennifer Cahill have been trapped in...

The "master of ticking-bomb suspense" (People) Jeffery Deaver delivers the latest thriller featuring his beloved protagonists Lincoln Rhyme and Amelia Sachs as they search for a criminal whose fascination with breaking locks terrorizes New York City.

A woman awakes in the morning to find that someone has picked her apartment's supposedly impregnable door lock and rearranged personal items, even sitting beside her while she slept. The intrusion, the police learn, is a message to the entire city of carnage to come. Lincoln Rhyme and Amelia Sachs are brought in to investigate and soon learn that the sociopathic intruder, who... 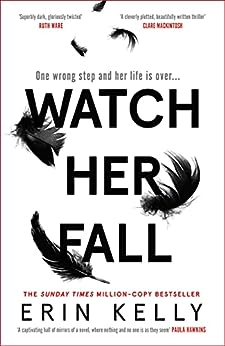 "Superbly dark, gloriously twisted and utterly seductive - this is Erin Kelly at her mind-bending best" RUTH WARE
"Her plots are the smartest in the industry, but with this one she somehow captured the intense, constrained, sinister world of ballet. I absolutely loved it" GILLIAN MCALLISTER
"Watch Her Fall is not only a cleverly plotted, beautifully written thriller; it is also a mesmerizing glimpse behind the curtain into a world few of us will ever see" CLARE MACKINTOSH

Swan Lake is divided into the black acts and the white acts. The Prince is on stage for most of...

A young lawyer takes on the judge who is destroying her hometown--and ends up in jail herself. James Patterson does John Grisham.

In picture-perfect Erva, Alabama, the most serious crimes are misdemeanors. Speeding tickets. Shoplifting. Contempt of court.

Then why is the jail so crowded? And why are so few prisoners released? There's only one place to learn the truth behind these incriminating secrets.

Sometimes the best education a lawyer can get is a short stretch of hard time.

From the #1 bestselling authors Hillary Clinton and Louise Penny comes a novel of unsurpassed thrills and incomparable insider expertise—State of Terror.

After a tumultuous period in American politics, a new administration has just been sworn in, and to everyone’s surprise the president chooses a political enemy for the vital position of secretary of state.

There is no love lost between the president of the United States and Ellen Adams, his new secretary of state. But it’s a canny move on the part of the president. With this appointment, he silences one of his harshest critics, since taking the job...

Shocking, riveting, exhilarating -- a story of unconquerable love in harrowing circumstances, and of the diamond-hard bond between a mother and her child.

The Golem and the Jinni

A chance meeting between mythical beings takes readers on a dazzling journey through cultures in turn-of-the-century New York.

Chava is a golem, a creature made of clay, brought to life to by a disgraced rabbi who dabbles in dark Kabbalistic magic and dies at sea on the voyage from Poland. Chava is unmoored and adrift as the ship arrives in New York harbor in 1899.

Ahmad is a jinni, a being of fire born in the ancient Syrian desert, trapped in an old copper flask, and released in New York City, though still not entirely free

Aibileen is a black maid in 1962 Jackson, Mississippi, who’s always taken orders quietly, but lately she’s unable to hold her bitterness back. Her friend Minny has never held her tongue but now must somehow keep secrets about her employer that leave her speechless. White socialite Skeeter just graduated college. She’s full of ambition, but without a husband, she’s considered a failure.Together,... 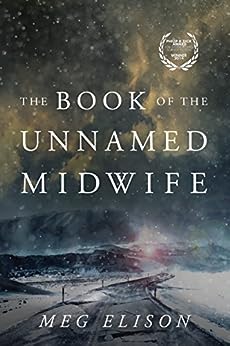 Book of the Unnamed Midwife

In London in 1806, a dangerous battle begins between two rival magicians - the scholarly Gilbert Norrell, intent on reviving a centuries old tradition of magic, and the young and reckless Jonathan Strange - and their dark arts are unleashed into the politics of the Napoleonic wars.

I Am Margaret Moore

Lyrical and haunting, Hannah Capin's I Am Margaret Moore is a paranormal thriller that tests the hold of sisterhood and truth.

Each summer the girls of Deck Five come back to Marshall Naval School. They sail on jewel-blue waters; they march on green drill-fields; they earn sunburns and honors. They push until they break apart and heal again, stronger.

Each summer Margaret and Rose and Flor and Nisreen come back to the place where they are girls, safe away from the world: sisters bound by something more than blood.

But this summer everything has changed....

Not Here to Be Liked

"A smart romance with heart and guts and all the intoxicating feelings in between." --Maureen Johnson, New York Times bestselling author of 13 Little Blue Envelopes

Emergency Contact meets Moxie in this cheeky and searing novel that unpacks just how complicated new love can get...when you fall for your enemy.

Eliza Quan is the perfect candidate for editor in chief of her school paper. That is, until ex-jock Len DiMartile decides on a whim to run against her. Suddenly her vast qualifications mean squat because inexperienced Len--who is tall, handsome, and male--just seems more like a leader.

Our Way Back to Always

Luisa (Lou) Patterson grew up across the street from Sam Alvarez in the small, quirky town of Port Coral. They used to be inseparable--spending every holiday together, shooting silly YouTube videos, and rescuing stray cats. But then middle school happened, including the most disastrous (and embarrassing) serenade ever, and Lou and Sam haven't talked in the four years since. Sam is now the golden boy with plenty of friends,...

The Summer of Lost Letters

Perfect for fans of Morgan Matson and Ruta Sepetys, this sweet, summery romance set in Nantucket follows seventeen-year-old Abby Schoenberg as she uncovers a secret about her grandmother's life during WWII.

Seventeen-year-old Abby Schoenberg isn't exactly looking forward to the summer before her senior year. She's just broken up with her first boyfriend and her friends are all off in different, exciting directions for the next three months. Abby needs a plan--an adventure of her own. Enter- the letters.

They show up one rainy day along with the rest of Abby's recently deceased grandmother's possessions. And these aren't...

Pretty Rude for a Girl

Haylah Swinton is a comedic hit on her new YouTube channel, but will her popularity backfire? Prepare to snort, guffaw, and cringe through Rebecca Elliott's hilarious companion to Pretty Funny for a Girl.

Big, bold, and funnier than a cat in a onesie playing bagpipes, Haylah Swinton's been busy proving she's an all-star comedian through her new YouTube channel. Yet life online is its own can of trolls. And proving she's funny is tougher than she thought it'd be! Plus, her new boyfriend Dylan hasn't even tried kissing her yet, and when her deadbeat dad decides to turn up, life...

Friendship is hard for Fluffy, a kitten so precious that anyone who looks at her explodes!

Meet Fluffy—an adorable kitten. So adorable, in fact, that anyone who sees her will spontaneously explode into balls of sparkles and fireworks. KABOOM! Poof.

Poor Fluffy doesn’t want anyone to get hurt, but everything she tries, even a bad haircut, just makes her cuter! So Fluffy runs away someplace no one can find her. Find out if there’s any hope for Fluffy in this funny and subversive story about self-acceptance and finding friendship in unlikely places.

The funny and empowering tale of a determined princess who takes matters into her own hands when a dragon ravages her kingdom and her royal parents are too preoccupied with frills and sparkles to help.

The kingdom is under attack from a dragon, and the king and queen have emptied the royal coffers to buy sparkly things for the princess. But Princess Susan doesn't want sparkly things! She wants to save the kingdom! So, with the help of an outspoken scullery maid and a loyal canine companion, she rolls up her sleeves and gets to work. As formidable as the...

An uplifting story about the power of art, finding your voice, and telling your story even when you're out of step with your peers from the #1 bestselling creators of Sofia Valdez, Future Prez and Ada Twist, Scientist!

Aaron Slater loves listening to stories and dreams of one day writing them himself. But when it comes to reading, the letters just look like squiggles to him, and it soon becomes clear he struggles more than his peers. When his teacher asks each child in the class to write a story, Aaron can't get a single word down. He is sure...

Return of the Underwear Dragon

In this sequel to the hilarious picture book Attack of the Underwear Dragon, brave Sir Cole teaches his former sworn enemy to read.

Once again, Sir Cole sets out on a valiant quest. This time it isn't to conquer the Underwear Dragon--it's to help him learn how to read. But it's hard to teach a fire-breathing...

The Shape of Home

It's Rashin's first day of school in America! Everything is a different shape than what she's used to: from the foods on her breakfast plate to the letters in the books! And the kids' families are from all over!

The new teacher asks each child to imagine the shape of home on a map. Rashin knows right away what she'll say: Iran looks like a cat! What will the other kids say?

What about the country YOUR family is originally from? Is it shaped like an apple? A boot? A torch?

Open this book to join Rashin in discovering the...